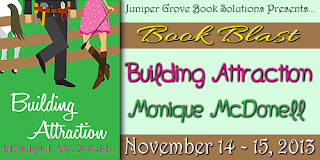 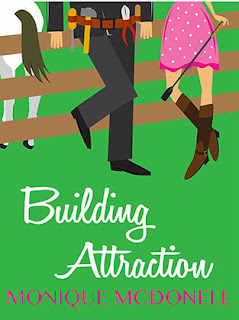 Hers has been a life of too many responsibilities and his has been a life of too few. Could the thing that initially repelled them from each other finally be the ultimate source of attraction? Holly Adams has two jobs in the city, two petulant teenage sisters to support, a farm with a big mortgage and a terrible secret that propels her forward. Brad Winchester has a reputation for being a spoilt playboy who has abandoned his family business but he also has a secret that has finally brought him home. When they are forced together at work (Holly works at the cut-throat PR Consultancy that handles his family’s account Winchester Homes – “They don’t build homes, they build dreams”)  a series of misunderstandings has them at odds.  Still working together they learn they have more in common than either might have imagined –
common friends, family loyalty and dreams of something different. When life keeps pushing them in each other’s paths they must decide whether this is an attraction that might be worth building on after all. Amazon

A wonderful story with some great characters that remind us to have faith in others and in love. Brad is the type of spoiled rich boy who ultimately wins the heart of the heroine and the reader. Holly is a honest and hard working girl that despite her hardships is a good person that you can't help but admire and wish her every success. The dialogue between characters often added a real plus and made me enjoy both the characters and the story all that much more. I look forward to reading more from this author.

I received a copy in exchange for an honest review. 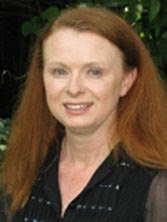 Monique is an Australian author who writes contemporary women's fiction including chick lit and romance. She lives on Sydney's Northern Beaches with her husband and daughter, and despite a dog phobia, has a dog called Skip. Monique has written all of her life, especially as a child when she loved to write short stories and poetry. At University she studied Creative Writing as part of her Communication degree. After wards she was busy working in public relations and didn't write for pleasure for quite a few years although she wrote many media releases, brochures and newsletters. (And she still does in her day-job!) When Monique began to write again she noticed a trend - writing dark unhappy stories made her unhappy. So she made a decision to write a novel with a happy ending and she has been writing happy stories ever since. Amazon Author Page | Facebook | Twitter | GoodReads | Website | Blog


Giveaway Details:
There is a tour wide giveaway. Prizes include the following:
* $20 Amazon Gift Card
Giveaway is International.

He knew from the minute he walked into the EPR boardroom today that Holly Adams did not like him. He was an hour late, but that had been a genuine mix-up. His secretary had given him the wrong time. He was normally fastidious about punctuality. However, he knew it was more than that.

Holly Adams had him pegged as a guy punching above his weight, so to speak. She saw him as a guy who was handed a job on a silver platter that he wasn’t qualified for. She was right to an extent, but she didn’t know the full story and he couldn’t tell her, even if he wanted to. Not that it had been any of her goddamned business in the first place. He had tried to smooth things over with her at the time and she had been nothing but courteous but her distrust of him was obvious.

Holly did a left-hand turn into a driveway. It was the driveway of St Anne’s School for Day Students and Boarders. Why was Holly going into an exclusive girls’ school at seven at night? He turned into the driveway and shut his lights. She had gone right so he turned left and pulled his car into a park behind a bank of trees. He got out of the car and watched Holly. She parked. She went around to the passenger side and hauled out her briefcase. He watched her head towards a doorway and it swung open…light spilled through the doorway and an imperious woman filled its frame.
“Cutting it fine aren’t you Miss Adams?”

“Nothing to worry about Sister Evangeline, I’m here now.”
The door slammed and the yard was dark. Brad looked along the bank of buildings. Brad had dated a few St Anne’s girls back when he was in high school but he’d never been to the school before and never at night.

Upstairs he could see school girls talking on a veranda. He saw Holly approach. She was backlit and her golden hair looked like a halo.

“Holly! You’re here!” One girl trilled. “I have so much to tell you!”
“OK Maddy, you will have to wait and tell me after study hall. Come on girls everyone inside. You all know the drill.”

Holly Adams worked at the school. How fascinating, Brad thought. He had so many questions.
He saw the downstairs door open again and the large woman peer out.

“Who are you? We don’t need any Peeping Tom’s around here. You’ve got two minutes to skedaddle or I’m letting the dogs out.”
Oh heck, thought Brad, and he climbed in his car and burnt rubber getting the hell away from St Anne’s.
Posted by Literary Chanteuse at 6:41 AM