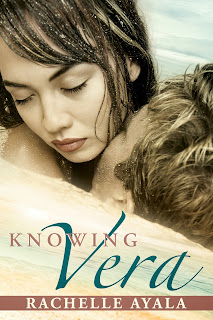 Vera Custodio has never fallen in love, though she has strong feelings for her friend and sometimes lover, Zach Spencer. Long-forgotten memories resurface when Vera discovers Zach’s mother was the woman her father supposedly murdered many years ago.
After losing his leg, former triathlete Zach Spencer re-evaluates his life—and realizes he’s falling in love with Vera. When she ends their relationship, Zach is determined to prove his love and follows her to Australia in search of the killer.
Caught between a web of family secrets and a deranged adversary, Vera and Zach must depend on each other for survival. Love blossoms, but the truth explodes everything Vera knows about herself. Will she close her heart forever or risk it all for a shot at happily-ever-after?
Knowing Vera is a suspenseful, cross-cultural romance mixing an unsolved murder, action and adventure, and hot, steamy love scenes.

Rachelle Ayala is the author of dramatic fiction crossing genres and boundaries featuring strong but flawed characters. She writes emotionally challenging stories and is not afraid of controversial topics. However, she is an optimist and laces her stories with romance and hope.
Rachelle is an active member of online critique group, Critique Circle, and a volunteer for the World Literary Cafe. She is a very happy woman and lives in California with her husband. She has three children and has taught violin and made mountain dulcimers. Visit her at: Website: http://rachelleayala.me Blog: http://www.rachelleayala.com or follow @AyalaRachelle on Twitter. Subscribe to mailing list for upcoming books and giveaways. http://eepurl.com/lR5kv 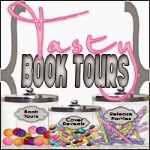 My head throbs to the techno beat on the car stereo. I crack open my eyes and stretch, but a pair of muscular arms enclose me. There’s a crick in my neck and I struggle to push the arms aside. It’s Cliff, of course, smelling like tobacco, strong aftershave and warm male.
“Well, hello there, beautiful,” he says with a satisfied smirk. “Tell me what’s better? Cruising in this Range Rover or bouncing along with stumpy in a Toyota?”
I elbow him hard. “Leave Zach alone. And that goes for you in the front, too.”
“Oh … feisty, aren’t we?” Cliff tightens his hold and brushes his hand over my breast.
My teeth gritting, I swat his paw and snap, “Where’s Zach? And how did you find us?”
“When you’re with a guy with half a leg, you’re pretty conspicuous. Oh, and as for Double-crossing Debbie? I promised her a date with Ben,” he nods at the driver, “and she rolled out of the seat right after you snapped that picture. A few kissy faces, and she let me in on your plan, which, by the way, was my plan all along.”

Ben whistles over his shoulder. “We were at the Sydney airport waiting for you. Zach was just an insignificant complication.”
I fumble for my purse when I see it on the floor. Cliff’s stupid picture’s still on my cell but the battery’s low, and my charger’s in my luggage on its way to Melbourne. If only I knew the emergency number here …
I glare at Cliff, hoping to take his focus off my phone. “Was Zach okay? Why did we leave?”
“He’s not our friend, and I’m sure the police are taking care of him. Meanwhile, me and you have an appointment.” Cliff snatches the phone from me.
“Give it back. I need to text Zach.”
“Nope, sorry. You’re with me now. Looks like Zach lost this round.” He sounds entirely too self-satisfied.

“This isn’t a game. Am I free to leave?” I know I sound stupid, but I’m not exactly in a position to escape, traveling at more than eighty miles per hour on an expressway. I shove Cliff aside and scoot toward my side of the bench seat.
“Excuse me? I’m the one who’s supposed to watch over you. Why did you go with Zach? You and I both know he has reason to hate you.”
“I don’t know what you’re talking about.” I stare at the flat, straight, boring road lined with shrubs and eucalyptus trees.

The guy in the passenger seat says, “We’re your bodyguards—tenth degree black belts. By the way, I’m Dex and he’s Ben.”
Tenth degree, my foot. They look like they’re barely out of their teens. Identical twins. I’m going to have a hard time keeping them straight. And who names their sons Ben and Dex? Sounds like a clown show at an ice cream store.
“Yeah, yeah, why would I need bodyguards?” If anything, I need a guard from Cliff, sitting there exuding bad-to-the-bone macho pheromones.
Cliff scowls at me. “Zach’s trying kill you and make it look like an accident. If we hadn’t gotten there, he would have conked you on the head and claimed you died in the wreck.”
Dex cracks his knuckles and sneers. “Too bad for him. I saw the police take him in. Driving with a stump.”

“Stop making fun of him.” I kick the seat in front of me.
“Just telling it like it is.” Cliff purses his lips as if he’s sympathetic. “Why did he insist on coming along when your uncle got the tickets for us? It’s not like he’s your boyfriend or anything.”
“He’s a friend, and I like him.” Why do I have to explain myself to these bozos?
Cliff opens a bottle of water and offers it to me. “You’re dehydrated, fainting, probably hungry. What better way of murdering you than to get lost in the bush and claim he can’t find you?”
“Yeah, or his car breaks down and he hitchhikes for help and leaves you stranded,” Dex pipes in.
“In fact,” Cliff says, “he took you into the airplane loo while the seatbelt signs were flashing. He could have slammed you against the wall and given you a concussion. Your face was really flushed when you came out.”
Posted by Literary Chanteuse at 6:16 AM